The Electricity Market and ISBAS

The transmission and distribution of electricity in Iceland remain under concession arrangements and regulatory oversight by the National Energy Authority or NEA (Orkustofnun), according to the Electricity Act and other relevant regulation. The NEA oversees aspects such as pricing (revenue caps and tariffs), quality and security of supply. The NEA arbitrates on any disputes arising under its remit.

Under Icelandic law, a single power company can function as generator, distributor and supplier. However, accounting separation is required between concession (transfer of electricity in a certain area) and competitive activities. While consumers must use the distributor holding the concession for their respective area, the distributor need not be the same company as the supplier.

The bulk of the electricity in Iceland comes from less than a handful of generating companies, but there are also several small power stations that feed electricity directly into a distribution system. Generating companies in Iceland produce most  of their electrical power in either hydroelectric or geothermal power plants before feeding it into the transmission system og the Icelandic Transmission System Operator (TSO). 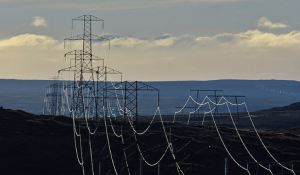 Suppliers are the companies that sell electricity to the end-consumer, either through their own generation or by purchasing electricity from others. Such purchases take place through bilateral contracts between the supplier and the generator, but could also be effected through a power exchange. The consumer receives the power from the concessionaire distributor in his or her respective area.