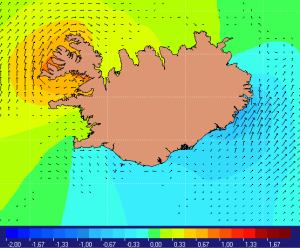 Some of the fiords and bays in Iceland experience strong tidal currents. The tidal wave at Iceland rotates clockwise around the country in 12 hours and 25 minutes, arriving at the south. The mean speed of the wave is around 150 km/hour.

The tidal elevations in Iceland are greatest on the west coast, especially in Breiðafjörður where the difference between ebb and flood for mean spring tides can exceed 4 meters. Along the north and east coasts, this difference is considerably smaller, typically one to two meters.

So far, research on tidal power has been minimal in Iceland. This applies no less to wave power. Still, marine power is without doubt the largest energy resource in Iceland. And with regard to Iceland’s large rivers, osmotic power may also be a major energy source. 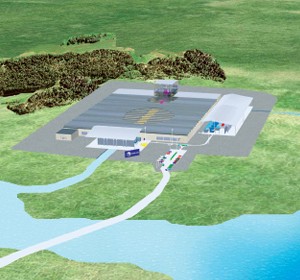 The Icelandic Innovation Centre has been involved with development of both osmotic energy and tidal power projects. There are also examples of possible upcoming projects, such as a tidal current plant in the bay of Hvammsfjörður in western Iceland and a small osmotic power plant located in Iceland’s northwest.

Because of Iceland’s abundant low-cost hydro- and geothermal power it is not very likely that these projects will be commercial in the near future. More interesting may be an innovation by an Icelandic entrepreneur in developing new type of marine turbines. Valorka is a small firm that has been developing a turbine that, unlike most other tidal turbines, is not based on a windmill concept. Rather, it is modeled on the old-fashioned water wheel. 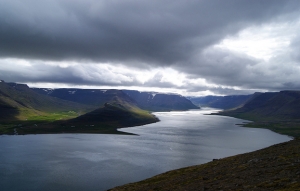 The Valorka turbine has a large surface area and is therefore more suitable for use in slower currents. The turbine may create a steady and reliable supply of electricity by harnessing the currents and tides in the ocean. Currently, underwater testing of a prototype of the generator or turbine is being prepared in an Icelandic research centre. If the results are positive the new Valorka turbine may become a world leader in harnessing offshore ocean currents.