Iceland has used biological methane (biogas) as fuel for transport for more than a decade. The methane is collected from a landfill (waste yard) close to the capital, Reykjavik.

A public company, Sorpa, coordinates the solid waste disposal from Reykjavík and six other adjacent municipalities. Sorpa owns and operates the Álfsnes Landfill, serving the greater Reykjavik area. This organic waste in this landfill produces a substantial volume of methane.

In 1999 Sorpa founded a subsidiary, Metan Ltd. (metan means methane in Icelandic), whose purpose is to produce and market energy in the form of electricity, raw gas, landfill gas and upgraded methane.  They are also in the business of knowledge collection within the field of biogas and landfill gas utilization. In addition to Sorpa, Metan Ltd. has two other shareholders. They are the public energy firm Orkuveita Reykjavíkur (Reykjavik Energy) and the private oil importer and distributor N1 Ltd.

The main task of Metan has been the development and marketing of alternative fuel from waste landfills in the form of methane. For years even before starting fuel production, Sorpa channeled the methane gas to a burning device to render it less toxic and limits its greenhouse gas effects.

Metan Ltd. operates a gas refinery and production plant at the Álfsnes Landfill where the methane is treated by a cleaning process. The upgraded methane product is then used as fuel for vehicles. Finally, any gas not used for upgrading to methane fuel is funneled to a generator for producing electricity.

The methane power plant opened in 2003. This was the first time methane gas from a landfill site was used to generate electricity in Iceland. Metan Ltd. is a member of the Natural and Bio Gas Vehicle Association of Europe (NGVA Europe).

You can read more about Iceland’s methane- and renewable fuel industry in our special section about green fuel.

In Iceland, the company Carbon Recycling International (CRI) is currently constructing an industrial plant at Svartsengi in Southwestern Iceland, for producing green methanol.

Methanol is one type of alcohol fuel that can be used as alternative fuel in gasoline combustion engines, either directly or in combination with gasoline. If it is used as low blend in gasoline, very little or even no modifications of the engine are needed.

It is not yet clear if this Icelandic green methanol will be blended in low quantities (maximum of three percent) in gasoline or if it will be a used as stronger methanol blend by flex-fuel vehicles. One more option CRI has, is to is to export the methanol. CRI has also launched a feasibility study with the Icelandic public waste firm Sorpa on making green methanol from household waste. 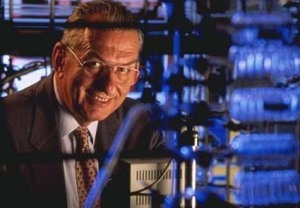 Methanol production by CRI can be related to the ideas of Nobel-prize winning chemist George Olah, who has introduced the possibility replacing fossil fuels with methanol rather than the more highly publicized hydrogen or ethanol. Unlike hydrogen, methanol can be transported and distributed via existing gasoline infrastructure. CRI’s geothermal-connected plant in Svartsengi, Iceland, goes by the name the George Olah Renewable Methanol Plant.

This is an international project in collaboration with the World Bank. The project is part of the World Bank Global Geothermal Development Plan, estimated to amount to USD 500 million (ISK 64 billion, EUR 393 million).

The project targets thirteen countries of the Great Rift Valley in East Africa. They include Burundi, Djibouti, Eritrea, Ethiopia, Kenya, Malawi, Mozambique, Rwanda, Somalia, South-Sudan, Tanzania, Uganda, and Zambia. The Great Rift Valley is known for widespread geothermal activity. However, little of this energy has been harnessed, due to limited access to both capital and know-how.

This collaboration between Iceland and the World Bank is the largest initiative so far for promoting the utilization of geothermal energy in developing countries. The World Bank  will provide finance for geothermal feasibility assessments and test drilling. The Nordic Development Fund (NDF) and the Government of Iceland will also provide part of the funding. The Icelandic International Development Agency, ICEIDA, will be the lead agency for this component.

Iceland will assist the respective states with geotechnical investigations of promising sites, detailed geophysical, seismic, environment and chemical tests including test drilling and assessments. The World Bank will collaborate with Iceland, other partners and funding agencies to establish a flexible financing facility that can in part share the costs and risks of specific drilling programs in the target countries.

The agreement on the project was signed in Reykjavik in last week. In addition to the Icelandic Minister for Foreign Affairs, it was signed by Mr. Pasi Hellman, Managing Director of the Nordic Development Fund, Mr. Engilbert Guðmundsson, Director General of Iceland‘s International Development Agency, and Mr. Rohit Khanna, Program Manager of the Energy Sector Management Assistance Program (who represented the World Bank).

The management and consulting firm McKinsey & Company recently published an independent report on the current state of the Icelandic economy and its future priorities. The title of the report is “Charting a Growth Path for Iceland”.

According to the report, the Icelandic power industry has provided the foundation for a strong export-based heavy industry sector. However, McKinsey also points out that capital productivity in the Icelandic energy sector is the lowest across all sectors of the Icelandic economy:

“With 25-30% of the capital stock directly or indirectly invested in the energy sector, this is a serious matter for resolution. We identify several important themes to this end, e.g. diversification of the industrial buyer market and systematic enablement of the most profitable expansion projects based on their ability to pay. Additionally, the opportunity to connect the Icelandic electricity market to Europe via a physical interconnector is an attractive option that should be explored in detail.”

McKinsey then goes on making some suggestions on how to increase value capture from the energy sector. According to the report, the keyword for higher capital productivity is increased integration with other markets. Since the Icelandic power system is an island-system there is, according to McKinsey, a “significant slack in the system to ensure that sufficient margins are in place to meet domestic demand.”

McKinsey argues that the isolated market is “reflected in the design of hydro plants where investments have been optimized accordingly, i.e. with relatively small reservoirs allowing surplus water to bypass generation as there are no alternative markets available.”  Hence, nearly 15 per cent of the energy available for electricity production is wasted each year (on average).

McKinsey emphasizes that these factors will have to be taken into consideration during the next growth phase to maximize the value captured. In this regard, McKinsey seems ecpecially positive towards constructing an interconnector between Iceland and Europe:

“The economic rationale for an interconnector is based on the opportunity of supplying the receiving market with green energy and thus contributing to decarbonization more efficiently than through other means e.g. offshore wind power. Iceland could share the benefit of such cost savings with the partner. Taking into account generation costs in Iceland, the cost of the interconnector itself and the anticipated cost of offshore wind power in 2020, cost savings of around EUR 60/Mwh could be shared.”

What makes the business model of an interconnector especially interesting, is the fact that so far Iceland has only harnessed  20-25 percent of its theoretically available hydro and geothermal energy. With environmental considerations and the economic feasibility of the investments taken into account, new projects could probably almost double current production (from 17 TWh to approximately 34 TWh annually). This is a substantially less costly renewable energy option than for example wind power in the United Kingdom.

The report concludes with strong future prospects. McKinsey is of the opinion that “Iceland is in the privileged position of having multiple growth levers that can greatly improve average production in the economy. The country therefore has good reason to be optimistic, provided policymakers utilize the opportunities available.” To access the report follow this link.