In mid February 2017 EU’s Innovation and Networks Executive Agency (INEA) published a list of energy infrastructure projects that have been selected to receive financial support from the European Union. One of these projects, designated as a Project of Common Interest, is the NorthConnect HVDC subsea cable, to connect the electricity markets in Norway and Scotland.

This decision by INEA makes the approximately 655 km NorthConnect project eligible to apply for funding from the Connecting Europe Facility, the EU’s funding support programme for infrastructure, receiving over EUR 10 million to support its development. The NorthConnect cable will have a capacity of 1,400 MW. As other subsea interconnectors with Norway, the NorthConnect is expected to further balance the grid between the relevant countries and allowing wider electricity trading across Europe. Thus, this new cable will not call for increased hydro power capacity in Norway, which generates close to 100% of all electricity by utilizing hydro power. 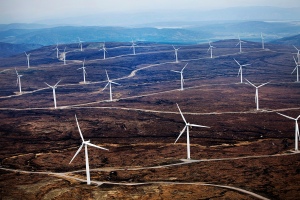 Scotland has been developing major wind capacity. When strong winds will generate high amounts of electricity; the NorthConnect interconnector makes it possible to export part of the generation to Norway. Meanwhile, the massive hydro reservoirs in Norway will become like gigantic green batteries being charged. When the winds in Scotland will be calmer, the Norwegian hydro power companies will turn on their turbines, making it possible to export electricity to Scotland. This should increase security of supply and stabilize electricity prices for consumers. In addition, the new interconnector will increase the use of renewable energy in Europe.

The NorthConnect power cable will be routed from Simadalen in Norway, across the North Sea to Long Haven Bay, just south of Peterhead in Scotland. On the Norwegian side of the link, the cable will follow the long Hardangerfjord in western Norway, until landing at Simadalen. The exact route across the North Sea has yet to be determined. The project is due to start construction in 2019, reaching completion in 2022. 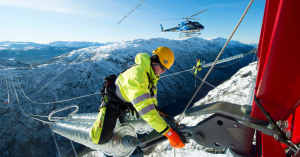 If everything goes as planned, NorthConnect will be the first subsea interconnector from Norway owned by power companies. So far all the subsea power cables from Norway have been owned by the relevant transmission system operators. Current owners of the NorthConnect project are the Swedish national energy firm Vattenfall and three Norwegian power companies; Agder Energi, E-CO and Lyse Produksjon. All these four companies are in public ownership; the Swedish state owns Vattenfall and the three Norwegian firms are owned by several Norwegian municipalities and the national power company Statkraft.

This site uses Akismet to reduce spam. Learn how your comment data is processed.